The Statute of Limitations Burns on Both Ends

Copyright Claims Hardly Ever Go Away, But When They Do…

The statute of limitations for copyright claims is three years from point from which you reasonably should have discovered the infringement. But if you file your copyright suit more than three years after that, “three years” will mean radically different things depending on the nature of the copyright claim.

To explain the “rolling” statute of limitations a bit further, you may think of it as cutting off damages to only those attributable to infringement that took place in the last three years. Thus, so long as the infringement continued into that three-year window, your claim for copyright infringement will not be barred, no matter how lame or pathetic. 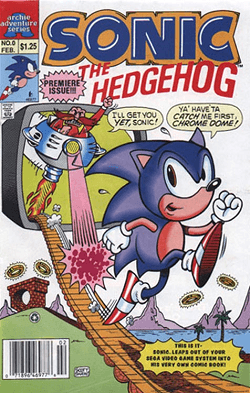 But let’s alter the facts of the “Stairway to Heaven” a bit. Let’s say you don’t claim Led Zeppelin ripped it off from you, but instead you claimed:

Now the statute of limitations is a “hard” deadline. It’s now measured from the time you learned or should’ve learned that someone had made a claim of ownership that was inconsistent with yours, i.e., your claim and the competing claim can’t both be correct.

Often—perhaps even usually—you gain this knowledge in the middle of a dispute about money. It might even be a mild dispute. But the copyright ownership claim will be disguised, and you won’t realize it until too late. It might go like this:
You: Hey, I haven’t been paid my 12.5%.
Them: Fine, we’ll get you your 12.5%.
You: Thanks, but that’s last year’s 12.5%. Where’s this year’s?
Them: We’ll get it to you.
You: OK, I’m waiting.
Them [mumbling]: We think maybe you shouldn’t get anything.
You: What?
Them: Oh, nothing.
Time passes.
You: It’s been two years now. You owe me 12.5% for two years.
Them: …
Time passes.
You: Where does the time go? It’s been five years, so you owe me 12.5% for five years.
Them: We talked to our attorney, and she says we don’t have to pay you anything.
You: Here, have a lawsuit.
Them: Statute of limitations.
Court: Case dismissed!
You: Wait what?

See, you thought the suit was like a contract case. They owed you 12.5% based on an agreement. But you were owed 12.5% because you owned 12.5% of the copyright (perhaps as a co-writer). But once the others stopped paying you and made it clear that they weren’t going to pay you, you were on notice that the others were challenging your ownership of the copyright, since that’s the only basis on which they had to pay you. It was up to you to make that connection.

Here’s the kicker. Here’s the actual worst thing. You might well have been right. You might well actually own 12.5% of the copyright. But you can’t do anything about it. A right you had as an author doesn’t so much vanish as get locked in a cage, where you can see it but can’t touch it. The statute of limitations doesn’t means that you don’t own the 12.5%. It’s not concerned about the substance of the ownership dispute. It’s only means that you can’t enforce your 12.5%.2This can lead to some serious anomalies. For example, what if the others try to sell the copyright? Can they tell the buyer that they, between them, own 100% of the copyright? Can they even sell your 12.5%? If they can’t, then what? Or, can you sell the 12.5%? If someone infringed the copyrighted work, can you sue for infringement, since the statute of limitations wouldn’t affect THAT claim?

The case I want to talk about, Narrative Ark Entertainment v. Archie Comic Publications, turns on the distinction between a claim for copyright infringement and one for copyright ownership. Scott Fulop had co-created a comic series for Archie Comics involving, I kid you not, Sega’s Sonic the Hedgehog, in the late 1990’s.3Yes, Sega was a defendant in this case but was dismissed for jurisdictional reasons. The key thing is that Fulop and another guy named Ken Penders created this series as freelancers for Archie Comics. We’ll just assume that whatever they created was copyrightable, above and beyond Sega’s rights. 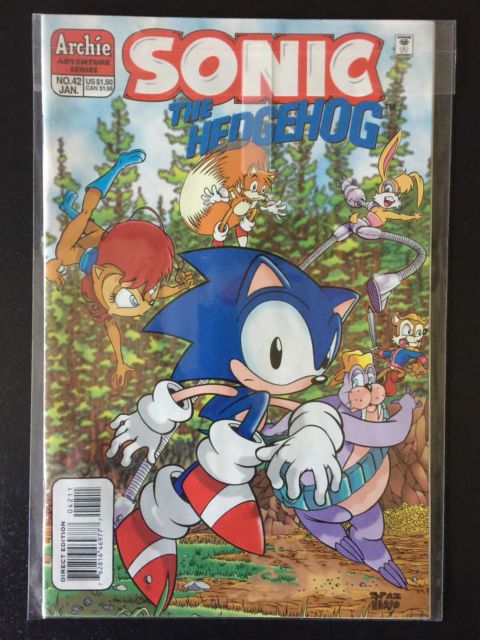 I’m not sure if this issue of Sonic the Hedgehog is at issue in the case, but it’s from the right era.

OK, but Archie Comics has a license to publish the comic series, right? Well… There’s a dispute about that. Fulop (and I assume Penders) contended that there was a license, but it was only for “first publication rights in North America.” If Archie Comics wanted to re-publish the series, it would have to pay them. Starting in 2004, however, Archie Comics re-published the series without paying Fulop anything.

Archie Comics’ position was that it didn’t need a license. The comic series was a “work made for hire,” which meant that it, not Fulop (and Penders) was the “author” of the comic series. Archie Comics is almost certainly wrong about this. A work is only made for hire if either (a) the creator was an employee and created the work as part of his or her job duties5“Within the scope of her employment.”, or (b) the work falls into one of nine special categories, which includes “contribution to a collective work” (which might well describe the comic series) AND there’s a written agreement saying so. But Fulop was fairly obviously not an employee, and Archie Comics produced no such written agreement. As you’ll see, it won’t matter.

You Knew, but You Didn’t Know You Knew.

By 2010, Fulop was aware that Archie Comics was selling re-prints of the comic series. What’s more, he told Penders that he felt Archie Comics was infringing his copyright. What’s even more, Penders was about to sue Archie Comics for copyright infringement, and Fulop testified on Penders’ behalf in that suit. Fulop waited until Penders’ lawsuit was over before he filed suit, in 2016.

So, there’s little question that Fulop knew he had a copyright claim against Archie Comics by 2010, but what sort of claim? It’s a little hard to tell whether it’s an ownership claim or an infringement claim. Fulop is suing for infringement, not for declaration of ownership. But the case turns on who owns the copyright. If Fulop6More accurately, his company, to which he assigned any copyrights he might own. owns the copyright, then Archie Comics is an infringer. Otherwise, Fulop doesn’t have a case.

The court decided that it was an ownership case, and Fulop was out of luck:

This is almost certainly the correct result, but consider what just happened. An author just had his rights stripped from him. The Copyright Act vests copyright in authors because it wants to protect creators from corporate interests.8Yeah, I know that sounds quaint now, but remember, this was the 1970’s. But because an individual author didn’t or couldn’t bring a lawsuit within three years against a much larger corporation, the author effectively loses his rights to that corporation.

What’s more, I’m not sure ownership really got resolved here. Does Sega really own the copyright in the comic series?9Sega was a defendant earlier in the case, but it was dismissed on jurisdictional grounds. It doesn’t appear that Narrative Ark followed up with a separate lawsuit against Sega somewhere (like California) that did have jurisdiction over Sega. What if someone entirely different pirates the comic series? It would seem to me that Fulop/Narrative Ark can go after that person, and the court would have to re-open the whole ownership question.

On the other end of the spectrum, infringement claims never really go away, either. So while copyright’s statute of limitations is cheating authors like Fulop, it’s also haunting defendants who might’ve misused a copyrighted work years and years ago. Here is Prof. Eric Goldman’s discussing how NASA’s use of a photograph in 2004 on a webpage last updated in 2007 has gotten it in trouble in 2019. You see, that’s just an infringement case. So, even though NASA obviously forgot all about the photograph and the webpage, the webpage never went away, so the claim never went away. Sure, damages are capped at those incurred during the three year period before the lawsuit was filed, but if the photographer thinks the case makes economic sense10Prof. Goldman can’t figure out how., then he has a claim.11As an aside, I happen to think this case, APL Microscopic LLC v. United States is fascinating, but for a different reason. The case gets at several hot-button issues, like volitional conduct and the “making available” right, but the parties must take the opposite of their natural positions when arguing statute of limitations. I’ll try to blog about it.

Meanwhile, I just be over here shaking my head.