And What Should We Do About It?

Now, last week, we have two substantive journalistic pieces making that case. The first is an opinion piece by New York Times pop music critic, Jon Caramanica, “It’s Got a Great Beat, and You Can File a Lawsuit to It.”. The other is a piece in Rolling Stone by Amy X. Wang, “How Music Copyright Suites Are Scaring Away New Hits.” Finally, a group of musicologists have filed a procedurally bizarre1It’s bizarre because the musicologists rely on evidence and expert testimony that is not before the court. You can’t do that. amicus brief in the Dark Horse case that warns that the jury verdict in that case (if not overturned) will “contribute[] to a spreading paralyzing uncertainty for songwriters and composers in general.” This led to misplaced, or at least simple-minded, schadenfreude, by those who accepted these premises uncritically.

The thesis of all three pieces is essentially the same. They both posit that there has been a trend of lawsuits against upper-echelon songwriters, artists, producers and music labels; and this trend hurts songwriting. I like both articles in their own way, and I agree with Caramanica’s point that “originality is a con” (though he obviously doesn’t mean “originality” in the copyright sense). But none of these pieces backs up its thesis, or even its assumptions.

Trending, But Not in a Good Way.

As Eriq Gardner tweeted, no one has bothered to check whether there really is a trend of music-copyright suits. I’ve been practicing in Nashville since 2004 (and helped bring a music-copyright case), and if you put aside the Bridgeport cases (which date to the early 2000’s), there appear to be about as many music-copyright cases as there ever have been. I mean, the number of music-copyright suits against Dr. Luke has been roughly constant over the last several years. He’s been sued—or has brought a preemptive declaratory suit—for copyright infringement in 2008, 2011 (twice), 2012, 2013 and 2015 (the “Dark Horse” case), which is almost one a year between 2008 and 2015 (though, curiously, none since “Dark Horse”).2He also sued Kesha’s mom twice in Nashville for defamation. 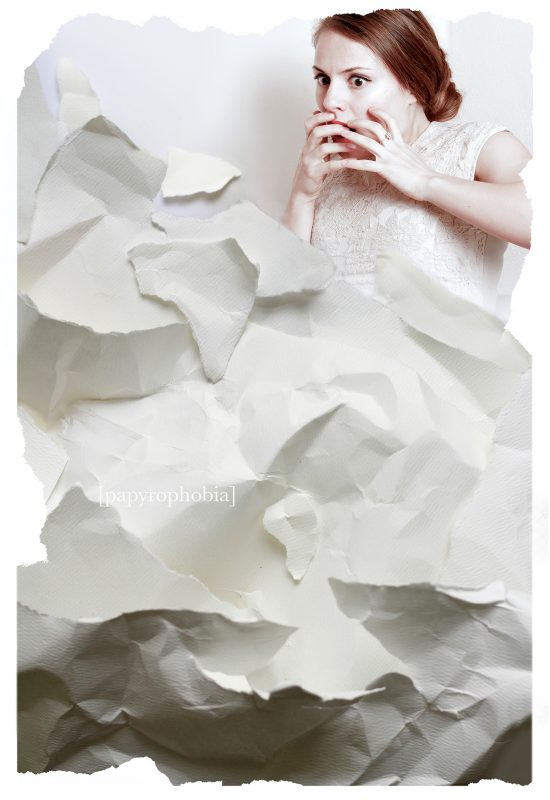 “Phobias” by Maija Sardiko is licensed under CC BY-NC-ND 4.0

I suppose, if there is a trend, it’s not an increase in the number of suits, but in the number of successful suits. Music-copyright suits are as common as they ever have been, but they’ve never had this run of success (which is to say, two out of three high-profile cases). If that’s so, it’s a little hard to explain. Maybe plaintiffs’ tactics are improving. Or maybe defendants have been less willing to settle, with the idea of discouraging suits, and so more are going to jury, with unpleasant (but not altogether surprising) results. Or maybe it’s just statistical noise.

Or maybe a certain kind of popular music just sounds increasingly indistinguishable, so the plaintiffs’ cases are just naturally stronger. This could be because “people are suing the same sample packs, the same plug-ins,” which makes music “more similar [today] than it is different, for the first time,” as explained by Ross Golan, a prominent songwriter and producer, quoted in that Rolling Stone article. Or it could be because the music industry is suffering from the same kind of sequel-itis as does the movie industry. These days, every popular song from an upper-echelon artist must be a hit, and so producers and songwriters are going to back to the same wells that worked before. That might be Dr. Luke’s secret sauce: he knows what’ll sell without repeating himself (or others)—but given the sheer volume of his output, he’s bound to cut it too fine sometimes.

Or, maybe the trend is what aspects of music are being asserted. In the past, only melodies (or “top lines,” as the cool kids call them) were protectable, as a practical matter. Rhythms were generally considered to be fair game. You see this most prominently in the musicologists’ amicus brief, where they dissect what folks today would call “beats” (i.e., repetitive, semi-melodic rhythms) into just their rhythms and melodies and announce that, so dissected, neither element is protectable.

But let’s say there is a trend. Is it dangerous for songwriters, as Caramanica, Wang and the musicologists assert? Caramanica makes no real argument in this direction. He asserts there is a “climate of fear” but doesn’t back that up with anything. The musicologists present no evidence that any songwriter has become “anxious” as a result of this case, let along songwriters as a whole.3My own sense here in Nashville is that these cases are kind of ridiculous, but no one is going to change their songwriting method because of them. Then again, I don’t hang out with the sort of upper-echelon types who have more to lose. A struggling songwriter is going to take his or her chances, or else pack it in.

Wang at least interviews some folks in the industry, and she points to the interesting suggestion that artists and producers are buying errors & omissions insurance. Ultimately, all she is able to show is increased interest in E&O policies, not whether folks in the music industry are really buying more. Even if they were, this would represent just a marginal expense that might or might not be passed on to consumers. Besides, there are a number of industries where E&O policies are the norm; it’s just the cost of doing business, and no one has explained why the music business should be any different. The threat of lawsuits is common to many fields; just ask physicians, accountants, truckers, bar owners, shopkeepers, oh, and lawyers.

Is Popular Music Getting Worse (and if So, Why)?

Since the journalist articles ultimately criticize copyright law (which is certainly not above criticism!), we need to measure harm in terms of copyright’s goals. The point of copyright law is to encourage creativity. Full stop. But the way copyright law is structured, the financial and psychological incentives to create can also stifle creativity, something these cases have thrown in to high relief.

So, is popular music getting worse, and if so, can we attribute that to the lawsuits (and “climate of fear”) rather than to other factors? Caramanica would seem to be in the best position to answer this question, since he’s a critic of popular music. (For myself, I know diddly about pop music, and must defer to Todd in the Shadows.) But Caramanica doesn’t move in this direction at all. To him, the lawsuits are just offensive (and he’s not completely wrong!), but it doesn’t occur to him to ask about the effect on the song themselves, rather than just on the mental well-being of songwriters.

Even if we could show the popular music has been getting worse since the “Blurred Lines” verdict, how certain are we there aren’t other creative factors at work? The hit-factory mentality, discussed above, must surely put the clamps on any kind of experimentation. Consolidation shuts out new blood and new ideas. The reliance on Spotify to get discovered allegedly forces songwriters to place their best hooks early in the song. If you think that popular music has run out of ideas, take comfort that it’s been here before, and music always finds a way to bring the creativity back. Sooner or later, consumers will demand it, and sooner or later, someone will figure it out.

So There’s Nothing To Worry About?

Caramanica, Wang and the musicologists (and others) are right to worry about copyright law’s potential to stifle creativity. It’s built into its fabric. Creativity borrows, builds on, references, calls back to, criticizes, celebrates and rejoices in what has come before. But copyright law works by stopping certain activities, and it doesn’t much care whether those activities are themselves creative. If I’m taking a catchy four-measure tune from your song, it’s not a defense that the rest of my song is super original and creative.4To be clear, fair use might care about how I use your tune, but my own creativity doesn’t much enter into the analysis.

I’ll get into the details about how copyright strikes this balance, and how these cases suggest that that balance might be tipping. But if there is a “villain” here, it’s not “copyright trolls” (a term Caramanica misuses, IMHO) or even greed. It’s the term of copyright. The U.S. copyright system has always assumed a relatively short term—14 years at one point, eventually to two 28-year terms. Once a work’s copyright had expired, you could reference it, even copy it, all you wanted. But now copyright lasts about two lifetimes (by design), but the scope of copyright hasn’t shrunk to compensate. That puts pressure on other aspects of copyright law to clear out space for borrowing.

The copyright in “Gotta Give It Up” was just as broad and as strong in 2013 as it was in 1977. At some point, even Robin Thicke should be allowed to make a song with the same groove.

Another villain might be the cult of originality that Caramanica criticizes (rightly in my view). Copyright infringers are often called “thieves,” and sometimes they really do take money from creators. All the same, there was nothing shameful about Sam Smith and his fellow songwriters giving songwriting credit to Tom Petty and Jeff Lynne. Smith et al. clearly borrowed a nontrivial amount of a protectable expression, but they turned it into their own. It’s a good tune. Why shouldn’t it be used again creatively? Just give the original creators their due. But the cult of authenticity, which overlaps significantly with the cult of originality, won’t allow that. Well, that and the time and bother of clearing copyrights and the risk that the rightsholder might not play ball.

OK, more legal substance next time—and suggestion for reform! Thanks for reading!