Copyright Holders Eat ReDigi’s Cake and Have it, Too

But is the Cake a Lie?

As many of you know, the trial court in Capitol Records v. ReDigi ruled over the weekend that ReDigi’s business model of re-selling digital music files infringed the copyright. Here’s the opinion. I’ve written about ReDigi quite a lot because (1) ReDigi’s business model poses lots of unresolved legal problems and (2) I had to create a new set of posts once I (along with the rights holders) learned how ReDigi really worked. My previous ReDigi posts are collected here. I only have time for a quick post before I have to go somewhere*, so here’s my quick analysis.

* I’ll be moderating a panel on gTLDs at the ABA Intellectual Property Meeting in Crystal City. You should totally come, if you can, because my panelists are awesome and the topic is timely, important and fascinating, which will more than make up for my bumbling attempts to ask incisive questions. 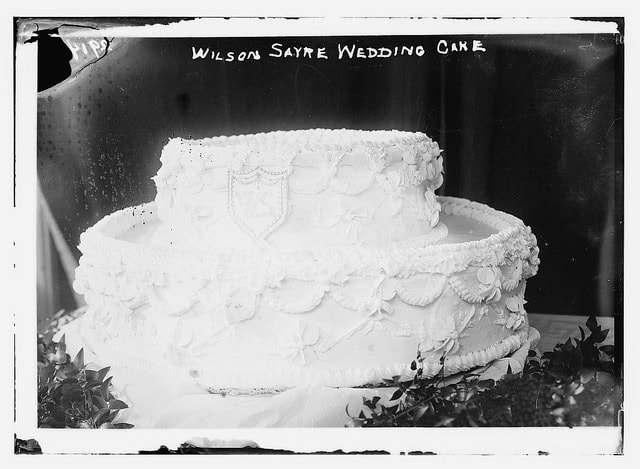 I couldn’t find a free image of a Portal Cake, but this cake looks pretty good.

Here’s how ReDigi works, in a very tiny nutshell. You sign up. You upload songs you want to sell to ReDigi’s dedicated server. You wipe the copy remaining on your computer (and other devices), so that if you want to listen to that music file, you’ll have to do it from ReDigi’s remote server. If another ReDigi customer offers to buy your song file, ReDigi simply alters the ownership information from you to the buyer, and you no longer have access to the file (but the buyer does, of course).

Remember that ReDigi had three legal obstacles to overcome:

Subsumed in this last issue is the question of whether the distribution right applies here at all, since the right includes only distribution of physical embodiments of the copyrighted work (otherwise known “copies or phonorecords”). I’ve previously referred to this as the “phonorecord problem.” The only court to squarely address the issue has held that such digital distributions do implicate the distribution right, which makes intuitive sense.

But (in my opinion), this is hard to square with the actual statutory language describing the right: “to distribute copies or phonorecords of the copyrighted work to the public by sale, etc.” (You can read the whole provision here.) Since a digital distribution involves not the movement of a “copy or phonorecord” but, in essence, the creation of a new “copy or phonorecord” (which implicates the reproduction right, to be sure), it’s not clear to me that the distribution right actually covers digital distributions, despite the intuitive appeal. We’ll come back to this issue.

Given this legal background, ReDigi cleverly or cutely presented itself legally as follows: It’s a cloud storage service that incidentally allows users to sell the files so stored. Under this reasoning, ReDigi is just as legal as any cloud storage service, on the theory of “space shifting.” I discuss space shifting in detail here* in a discussion about cloud storage. If the upload is legal, then the subsequent sale of the uploaded file is legal because the copy being sold is “lawfully made,” as required by the first-sale doctrine. The “phonorecord problem” then goes away because either digital distributions aren’t distributions, in which case there’s no infringement, or they are, in which case they come under the first sale doctrine: the rights holders can’t distribute their digital cake and eat it too.

* The idea is that you have the right to store a copy of a legally acquired file on different devices (e.g., on your computer and on your iPod) and on remoter servers (and the cloud) because these are just different ways of enjoying the same content. There is actually no legal authority directly supporting the theory, but then, no court has squarely addressed the issue. I strongly suspect courts would find it to a fair use, if presented with the issue.

Court’s First Major Holding: Too Much Frosting, Not Enough Cake

So what went wrong for ReDigi? The court thought ReDigi’s argument was more “cute” than “clever” and did not buy ReDigi’s image of itself. After all, ReDigi markets itself as a way of re-selling music files. Do people upload content to ReDigi without an intent to offer the content for sale? I don’t think so*. The court, instead, viewed ReDigi as a digital marketplace, in the business of facilitating the buying and selling of digital content.

* But I’m willing to be corrected, preferably in the comments.

Viewed this way, the uploads aren’t fair use because they aren’t space-shifting for personal use. They’re an intermediate reproduction in the service of a commercial enterprise. When the court applied the four fair use factors (which you can read about here) to these uploads, every factor broke against ReDigi: the purpose was crassly commercial, the underlying works highly creative, the entire work was taken, and the primary market for the works was hurt*.Once the uploaded file is found to be an infringing reproduction, the first-sale doctrine goes away because it applies only to “lawfully made” copies and phonorecords.

* As I’ve mentioned before, this doesn’t necessarily follow. Secondary markets often support primary markets by reducing the risk of buying new products. Used cars are the obvious example: the fact that you can re-sell a car makes it much easier to buy the car because you won’t be stuck with the sunk cost if circumstances change and you don’t need or like the car any more. Music files are obviously different, since they’re much cheaper (and thus less inherent risk) and don’t wear out (and thus their intrinsic value remains the same). Still, to young people without a lot of money, but willing to buy music in bulk, the ability to recoup some of the value of music they purchase might encourage them to buy a few more songs per transaction than they might otherwise. This is fascinating subject that I unfortunately am not qualified to talk authoritatively about, but I throw it out there.

Court’s Second Major Holding: You Can Eat ReDigi’s Cake and Have it, Too

The court may have just been a bit sloppy* and may still have been referring to unlawful copies. Then again, I’m not sure how else to interpret these two sentences:

Because it is therefore impossible for the user to sell her ‘particular’ phonorecord on ReDigi, the first sale doctrine cannot provide a defense. Put another way, the first sale defense is limited to material items, like records, that the copyright owner put into the stream of commerce.

This is a remarkable proposition—for which the court provides no authority beyond the statutory language.

* But the opinion is otherwise well and persuasively written.

And cannot the statutory language be read differently? Instead of limiting the doctrine to the owner of the copy that the owner actually purchased, could it not instead be expanded to include any “owner of a particular copy or phonorecord lawfully made under this title”? In other words, if you made a lawful copy of a copyrighted work (through a license or fair use*, for example) that you purchased, you have the right to distribute that work**. Isn’t this a more natural reading of the language?

* Most application of the fair use doctrine would be fatally undermined if you were making the copies for the purpose of reselling them. Obviously. Which was ReDigi’s problem in the first place.

** Unless the license said you couldn’t. Licensors could still permit reproductions but control, through contract, the distribution of the resulting copies or phonorecords.

Unless the trial court has second thoughts, whether this cake is a lie will be a major issue on appeal.

No Cake Metaphor: Burden of Changing Copyright Law Rests with the Innovators

Finally, the court rejected ReDigi’s policy arguments, though he was clearly intrigued by them. ReDigi argued that if you can’t re-sell digital goods through ReDigi, when could you re-sell them? The court pointed out that you can re-sell digital goods, provided you’re willing to, for example, re-sell your entire hard-drive or iPod.* More important, the court felt that, if it ruled in ReDigi’s favor, it would be substantially altering the landscape of copyright law, and only Congress should do that.

* So the answer to the court’s question about whether you can re-sell you iPod is: yes. Assuming that you own the content under Vernor.

This argument can be turned around, though. Isn’t it just as fair to say that, in ruling against ReDigi, the court has significantly expanded copyright, and only Congress should be allowed to do that? In any case pitting two sets of entrenched interests, like this one, there is going to be a policy winner and a policy loser–the landscape of copyright law will be altered one way or the other. After all, until the court ruled, no one had any idea whether you could re-sell digital content (without ripping the hard drive from your computer).

The court appeared to assume that Capitol Records’ position was the default one, and ReDigi was effectively asking to amend the law. But why is that the case? Since the first-sale doctrine is perhaps the oldest defense to copyright infringement, being rooted in the ancient right to alienate your chattel, isn’t ReDigi’s position just as well-established, just as basic?*

* By the way, the fact that Congress considered explicitly extending the first-sale doctrine to digital goods, but then decided not to, is of no moment, at least to my way of thinking. On a matter like this, Congress speaks through its statutes, not through Copyright Office reports. It’s just as important that, having been apprised of the issues, Congress also decided not to explicitly exclude digital goods from the first-sale doctrine. Which is to say, not important at all.

Are you wondering why Vernor doesn’t come up? I think it’s mostly because it didn’t have to. Capitol Records only needed to trip ReDigi up over one of the three legal obstacles, and fair use was obviously ReDigi’s weakest point. Vernor, by contrast, is not the law of the Second Circuit, it controversial enough that the Second Circuit might not adopt it, and may not apply to downloads from Apple (but does apply to downloads from Amazon). You can’t fault Capitol Records’ strategy.